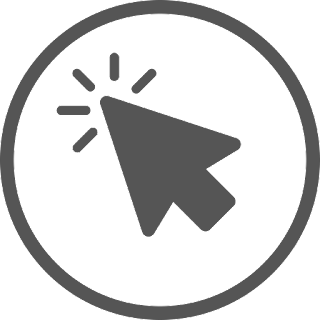 To a Younger Internet:

Dear internet, it was so nice of you to be created. Now humans have the ability to expand their consciousness to a level unheard of before you. You are fast and slow, clunky and yet refined enough so that novices could learn from you. You were destined for great things. That is until you grew too big and you were worth too much to too many people. Now you’re old and about to get a facelift. A face lift that may or may not change your face of the internet for good or for bad. If I was only concerned with using you to market my ideas I might worry. You see, internet, you were once free and you handed out high rankings like they would soon go out of style. And now you don’t. You’ve been co-opted by large corporations who control what you let us see and even how fast we see it. I’m telling you about the good days, internet, the days when a free, Organic Click was just a properly phrased keyword away. Now, you cost us money for the same thing. We still love you, internet, just not your corporate rulers.

Paid Clicks vs Organic Clicks in the 21st Century

You can bet there are jobs for people to analyze where a website’s traffic comes from. Recently there has been a rising alarm about the ways in which visitors are reaching important content. When once an organic clicks ruled, now Google has dismantled their ability to raise awareness frugally. If you want to play with the internet today, be prepared to be a master in both organic AND paid advertisements to pay you for your work. The internet is not dead but for content marketers who look for organic clicks, it’s almost dead. Today’s strategies must take into account the changing algorithms of today’s search engines. The competition may seem vast but in reality only a few search engines are used by the majority of internet surfers. This bottleneck has created one of the most profitable parts of Google and others’ business model; where once organic links prevailed, fill the placements with paid links to create a win/win situation for everyone but the lone, content creator. He who can pay will rule the niche.

As an SEO marketer, I depend highly on my ability to rank a page or a link high on the list of relevant search engines. This year I have noticed that my links are sparse among more obvious paid links. Paid links are even getting harder to recognize as a sponsored ad. The search engines are doing all they can to give back value to their paying customers. That’s great for those buying the ads, but not so good for those who want the best content on a particular topic. You see, paid ads usually have less than perfect content. They’re paid for because once you get to the site, they hope your next action will make them money. They don’t really care about the content as long as the paid links brings in the business.

Ads that can be used across broader subject matters.

Bigger ads which take a visitors eyes away from the content and onto the ad.

Google Shopping shows up now more than ever. If you were trying to promote a product on your own using organic clicks, Google is going to make it harder to find you and be your competition as well.

Again, making an ad appear to not be an ad. It’s Trickery and the old internet is full of it. Our next post will expand on how the large search engines are taking away from your organic clicks. You should be surprised, but I bet you won’t be.
bing content marketing engagement google organic clicks paid clicks rules sear engine yahoo

Popular posts from this blog

What is Content Marketing You Ask? Strategically speaking, content marketing is the use of targeted keywords laced among informative information pertaining to a service, product, or profile where the owner is encouraging traffic to an internet property for the purpose of defining the audience and to drive profitability through the use of keywords for content marketing. Bigbox Content Marketing Every year the details of budgetary expenditures are tallied to see what really the best form of marketing for a website is. Content marketing for large brands like Microsoft, Cisco Systems, John Deere and Proctor & Gamble are to name just a few big companies who are moving to content marketing as the most effective way to excite its customer base and to translate website traffic into website sales. The Past, Present, and Future of Content Marketing When once a few keywords sprinkled among your website’s posts and you’d be good to go. Search engines played a very smal
Read more

Emptying the Swamp of Internet Junk

Swirling Piles of Garbage: The Internet Swamp The internet has its own pile of swirling garbage, much like the Pacific Ocean has its own, swirling pile of junk floating unchecked in the center of the ocean. Internet posts and commentary from all types of internet producers has given rise to the latest trend in internet campaigning, the "Full Blitz". Facing a Task Head-on A Full Blitz is when a producer of internet content will fill volume after volume of insightful information to a myriad of different sources, just so that they can pant the revenue links that one day make the producer independent. Here are some ideas on how to monetize your website traffic and how some have failed because they were unable to keep it up until it worked. You Should Create Better Content First Creating content that drives traffic requires some insight into what is trending today if your blog is one that requires the new trends of the day to make headway into the top ranks of Googl
Read more

awewriter
My name is Warbird. My job is to help you make money. Start marketing content to earn a lifestyle you deserve.

Your financial future rests on your ability to work to make money or to create situations where money flows to you. Turning content into cash is one place you can get the information as it is uploaded. Follow us today to join us in our more profitable future tomorrow.

He Bought What at the Auction??!!